I'm going to start this review off with a backstory because like most great tragedies, the stage needs to be set. This is after all a historical piece. Back in September of last year, some junkie swiped my iPhone 4. I quickly logged onto iCloud, said three Hail Stevens, and remotely wiped and locked the device.

After that, I bolted down to the Optus store and made sure they blocked the IMEI. "Enjoy your aluminium doorstop, assholes!" I muttered as I went down to the Telstra shop in desperation. I was not expecting to buy a smartphone today. I needed internets on my train ride home or else babies were going to get kicked into woodchippers.

"I'm broke and cranky - I need your cheapest smartphone!" I haggardly exclaimed. The salesperson reluctantly showed me the LG Optimus L3. It ran Android, and hadn't caught fire yet. It was within my "2 Minute Noodles" budget, so I threw two fifties onto the counter and walked out with a new phone number and one of LG's budget smartphones. Optus wanted to charge me hundreds of dollars to replace the iPhone and aftet that I'd still be on the Optus network, so fuck those guys.

This was an experiment, I kept telling myself as I cracked open the box and pulled out all the bits. Once Wifey was off her contract we'd get ourselves shiny new Samsungs. It wouldn't be that bad.

Plastic Fantastic
The phone itself is, well, it's what you'd expect for $100 worth of smartphone. Cheap plastic, removeable battery, small screen. It comes with a 2GB micro SD card and a micro USB charger. It feels pretty good in the hand and is ridiculously light which I suppose is important if you're a preschooler or weak-wristed. I noticed as I was assembling the charger that the LG logo on it is actually the wrong way up. 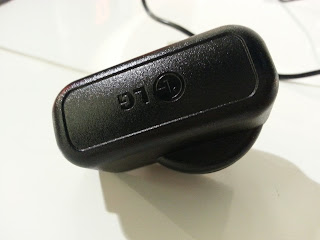 YOU ONLY HAD ONE JOB.

Setup was your typical fare, with a new Android version available. Turns out 2.3 is new, huh. Some background process stopped working as I was settling in, but I put that down to bad luck. It took me less than five minutes to regret my purchase after I'd turned the thing on. Why, you ask? First things first: The screen.

It's Like A Car Crash
The screen is so bad that when the super crashy browser displays a webpage, the text and images are so incredibly pixelated that you're not actually sure what you're zooming into. The native resolution of this display is 320x240. That's right, even the world's shittiest quality Youtube video would stretch this display to the limit. Not like you'd actually be able to discern any detail however, because the colours are horrible and it's impossible to read in daylight conditions. Viewing angles any steeper than "dead on" will invert the colours, and at something around 124 pixels per inch... well, it's almost as if LG contracted engineers from North Korea to build the screen with their cutting-edge Soviet era technology. Thanks a lot, Juchebags.

To be fair, not everything about the screen is bad. It's a touchscreen, so I suppose it's got that going for it. In a nod to mental health professionals everywhere, LG have seen fit to bless the touchscreen sensors with bipolar disorder. Most of the time it's passable, but it'll occasionally swing from "sluggish" to "Tap Tap Revenge". Touch something once and it might launch something on the other side of the page. If you're lucky it'll double tap and launch into something you didn't even know was possible. Sometimes it'll swing the other way and only respond to your input every 1 in 4 tries. 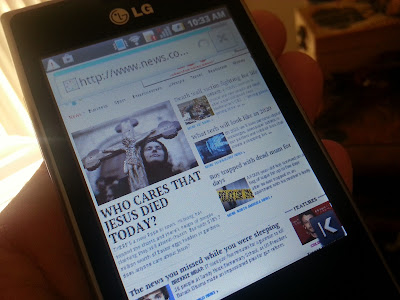 Text is incomprehensible, and the keyboard takes up over half the screen.

But I'm Full
Onwards to the storage of this handset, and here's eleven syllables to get your heart racing: 157MB. That's all you've got to play with. Even if we were living in a magical land where it wasn't already half-filled with things like the OPERATING SYSTEM, that's goddamned paltry. Now with most smartphones you would probably have the option of say, moving your apps onto a micro SD card. Not here, my suddenly disgusted friend. You can download probably ten or so current day apps onto this korean brick of sorrow before it cries uncle and says it can't take anymore.

Look, I Make Photo
Next up is camera performance. Now the L3 only has a rear facing camera as you'd expect from a budget phone, but nothing, NOTHING can prepare you for what happens when you press the shutter. This is the worst camera phone I've used since the original Nokia models when cameras on our phones were a big deal. Images are tiny, grainy, and just plain embarrassing. To give you an approximation of the horror, I've prepared a nice little meditation exercise for you. I want you to sit in your chair, relax, and turn off the lights. If it's daytime, draw the curtains. Get the room as dark as possible. Now gently relax your eyes so everything is kind of blurry. You might notice your eyes begin to sting a little if you've going too cross-eyed, so aim for the sweet spot between 'out of focus' and 'full retard'. Once you're at a comfortable yet blurry stupor, squirt lemon juice in your eyes, stumble outside and jump into oncoming traffic. That's what using the camera is like. 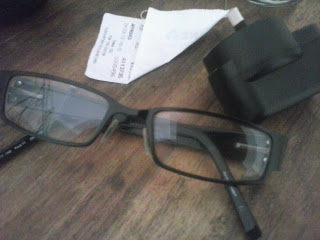 This was in a well-lit room. Note the broken charger.

Handy Reset Function
Speaking of motor vehicle collisions, let's talk about crashing. Things you never knew existed will crash just to let you know they care. Everything you do will cause to phone to hang. \In fact, I regularly found myself having to reboot the phone due to the constant onslaught of stopping applications. Of course, rebooting the phone takes an eternity, so I found an alternative; skimming the phone across the table and having it explode into pieces on the ground. The phone might be made of flimsy plastic, but it's robust enough to survive repetitive punishment like this. The screen is plastic so it won't crack, plus it's a nice little stress reliever to watch the phone shatter into three pieces. Since the battery goes flying every time, it'll shut the phone down faster than the phone itself can do it. You'll likely find the phone breaking up like a North Korean missile test more than you'd hope for though, since the slightest bump can set it off.

The Users: Worse Than The Phone
To see if anyone else was talking about this product, I jumped online and had a read of those online forum efforts all the kids are raging about these days. Big mistake. It seems that the target market of this phone is the barely literate high school crowd. Out of hundreds of comments, 99% of them read like they were typed out by borderline-retarded Year 10 dropouts. Not surprisingly, most of the user reviews were glowing, likely to cover up the incredible case of buyer's remorse they each must feel.

"Luk lg izzz a very easy and a very comfortable phone its not just for the shape but it focuses on the properties." (luk LG izzz, but make sure you get your properties focused on.)

"Its a nice phone . I am using it from post 3 months . Worth for money . thanks LG" (It must suck to live in a world where you use your phone from post for an entire three months and you feel it's still worth for money..)

Some users to their credit realised that they were being conned, however they still struggle with putting their thoughts to text:
"This is a worst mobil becous it doesn't suport ani bigg apps even templerun and all and RAM memory is small processing speed also less compare to Samsung dues ..."

I mean, I guess I should be agreeing with these people, but, I just... What the fuck? If this is how the budget smartphone crowd communicate with each other, then never let me near a Vodafone outlet. Can you believe people bought this thing on a two year contract? Not that I condone violence, but I'm pretty sure you'll have a less punishing time spending 18 months in jail knocking out the guy that convinces you that this handset was a good idea.

Please, End This Torment
To be totally honest, it's not all bad news. the one and only thing that actually impressed me about this phone was its battery life. The thing just would not fucking die. I abuse the hell out of my smartphones on the way to and from work, and even though this phone took me back to 1998 in many ways, the one thing I do miss from that time is that phone batteries could last until the heat death of the universe. It's like the cow from Me, Myself & Irene.

I'm going to pepper you with friend requests until your heart gives out, you bastard!

However at the end of the day that's like saying that despite all the deaths it has caused, HIV/AIDS isn't all that bad because it gave us the Tom Hanks movie Philadelphia. It is a blight upon mobile phone networks the world over, and it reminds me that everytime I've bought an LG product recently I've totally regretted the purchase. Remember that these guys were the ones behind the Internet Fridge. Remember that? Me neither.

The LG Optimus L3 is the HIV/AIDS of 21st century mobile computing. The only way to combat its existence is through strong drugs and awareness. If you know someone who owns this phone, give them your support. If you are unfortunate enough to be stuck with this phone.... well, I tried to warn you. It is a travesty and downright offensive move by LG to even CONSIDER giving this phone the same name as one of my favourite robots.

I award this piece of shit no points, and may God have mercy on its soul.

- Battery lets your experience last for ages, in much the same way that World War II did

- Android 2.3 allows you to experience the very best of "This version of Android is not supported" errors

- All plastic "come-apart" design gives the Optimus L3 the ability to explode on the slightest touch, breeze or use of suggestive language

PRICE
- Like your resulting white blood cell count, it's too damn high

(Reviewer's note: After I put the finishing touches on this review, the fucking charger fell apart as I pulled it out of a power outlet. Now the pins are stuck in the socket. Life's Good.)
Posted by TastyWheat at 10:43 AM

TastyWheat
Wollongong, NSW, Australia
Also known as Chook, he is known for his woodfired pizzas, incredible alcohol endurance and epic singing voice. He is also a liar.